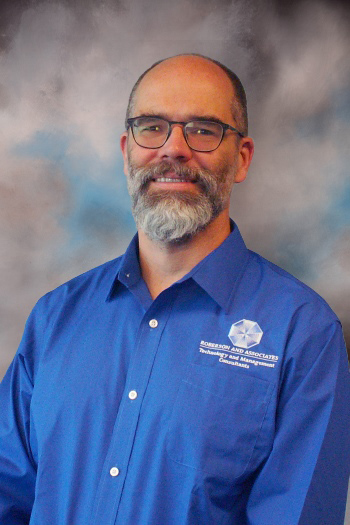 Dr. Berry joined Roberson and Associates in 2018. Dr. Berry is also the Lorraine Morton Professor in the Department of Electrical Engineering and Computer Science at Northwestern University, which he joined in 2000. His research interests include topics in wireless communications, spectrum sharing, and network economics. He has published numerous papers in these areas.

Dr. Berry is the recipient of a 2003 CAREER award from the National Science Foundation. He was appointed an IEEE Communications Society Distinguished Lecturer for 2013-14. He has served as an Editor for the IEEE Transactions on Wireless Communications from 2006 to 2009, and an Associate Editor for the IEEE Transactions on Information Theory from 2009 to 2011, in the area of communication networks. He has also been a guest editor for the IEEE Journal on Selected Topics in Signal Processing special issue on "Dynamic Spectrum Access" and the IEEE Transactions on Information Theory special issue on "Relaying and Cooperation." He has served on the program and organizing committees of numerous conferences including serving as the co-chair of the 2012 IEEE Communication Theory Workshop and a technical co-chair of 2010 IEEE ICC Wireless Networking Symposium. He was elevated to IEEE Fellow in the class of 2014 for contributions to resource allocation and interference management in wireless networks.

Dr. Berry received his Master of Science and Ph.D. degrees in Electrical Engineering and Computer Science from the Massachusetts Institute of Technology in 1996 and 2000, respectively, where he was part of the Laboratory for Information and Decision Systems. His undergraduate education was at the University of Missouri-Rolla, where he received his Bachelor of Science degree in Electrical Engineering in 1993. In 1998 he was on the technical staff at MIT Lincoln Laboratory in the Advanced Networks Group.